Like preschool children in many countries dealing with the pandemic, preschoolers in China have needed to learn from home instead of in school with their friends. And like parents in many countries, parents in China were not prepared to provide a child-centered, play-based curriculum, which is important to a young child’s development.

A preschool teacher in Anji County, China developed a plan—the Teacher-Parent-Child Learning Community Model—for parents to become involved with teaching their preschoolers at home. Actively engaging both children and their parents in important learning activities, the plan not only helped children learn, but it also helped parents learn how to teach their children, too.

To understand the model, let’s look at how it worked with a specific class project: raising tadpoles.

Parents complied with the teacher’s request, regularly sending her their child’s explanations:

“We should change water frequently for the tadpoles. Running water could not pour directly into the tank unless it was kept for 2-3 days. I will remember that in my heart.”

“Today I named the tadpoles as one mao, two mao, and three mao. It’s interesting!”

“Today I fed dry noodle to tadpoles. Do they love it？I don’t know. I will come and see you tomorrow.”

After reviewing the explanations and parent comments, the teacher would provide the parents’ feedback and professional support. For example, the teacher may provide insight into a child’s painting—the colors, shapes, lines, and structure—that helps parents better understand their child’s developmental level.

For the tadpole project, teachers provided specific feedback and encouragement:

“It’s so great that Hanhan wrote the date, temperature, and tadpoles by numbers. Mom raised a very good question to ask her why the number of tadpoles’ legs changed. We can also ask for more reasons in order to promote children’s deeper learning.”

“Hanhan found 4 tadpoles grow 4 legs, that’s a great discovery! It’s amazing that the image of tadpoles in your picture is so different! Some have long tails, some have short tails, and they also have different shapes. You are such a brilliant observer. What’s more, I also found that you draw a horizontal line between the low and high temperatures, showing that you have an initial understanding of the mathematical section. That’s great and keep forward!”

“I am so surprised that you found a transparent color! Why did the tadpole change color, and how did you find that? You also mentioned that the tail was becoming short. How did you notice that? Did you measure it and what kind of measure unit and method did you use?”

The teacher often shared what parents wrote with all class parents and encouraged them to communicate with each other. And as they continued communicating with the teacher—and began communicating with each other—parents became more knowledgeable and skilled in explaining their children’s learning and development. They no longer just transcribed their children’s explanation; they were interpreting the descriptions and seeking books and other supportive resources, too:

“I recorded what Lele said just now, and I am laughing! Nose and archos are his new discoveries. That’s funny!”

“After a three-week observation, Anan is becoming much more patient and careful. She found the front leg grew one by one with a protruding part, and got a lot of information about amphibian.”

“That’s an important message! My child and I are excited to wait for the legs to grow out.”

Anan’s mom found one book named Tadpoles for their reference and shared useful information with other parents in the WeChat group.

The Teacher-Parent-Child Learning Community Model reestablished the connection among school, family, and children that was interrupted by the pandemic. Over time, the model helped parents became less reliant on the teacher and more reliant on themselves and each other.

Long after the pandemic ends, the model can fortify the school/family/child connection and continue to help parents feel more confident in their ability to help their children learn and succeed. 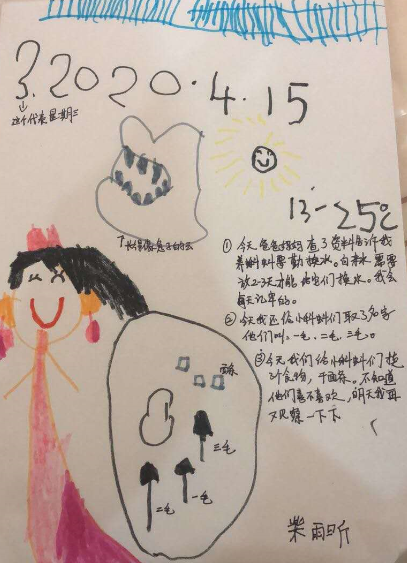 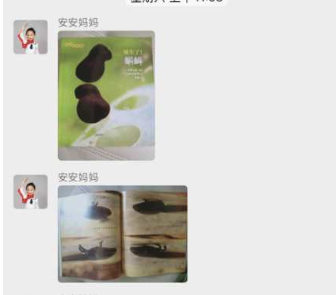 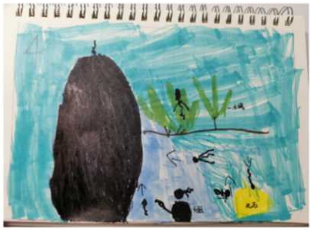 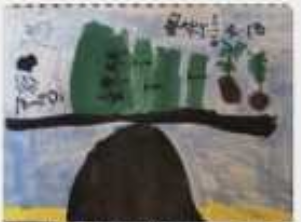 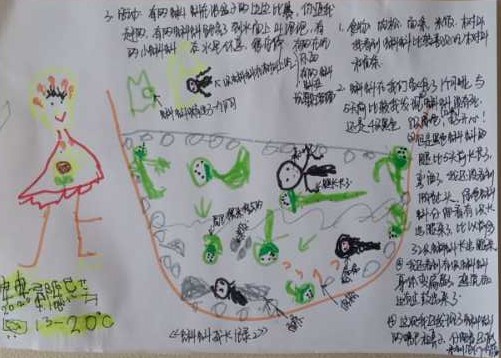