Inquiring minds often want to know which states offer “universal pre-K.” As states vary in what they define as universal pre-K (UPK) and in how far they have progressed toward fully implementing a universal program as intended, the answer is somewhat complicated. 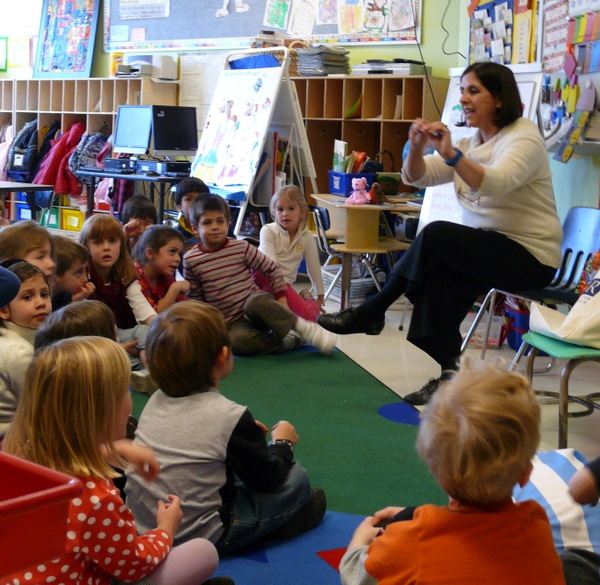 Regarding definition, the term UPK can mean simply that the sole eligibility criterion is age, in contrast to “targeted” programs in which eligibility is limited by child or family characteristics, most commonly income. This need not mean that the program is available to all applicants, as there may be caps on spending or enrollment that limit the number of children who can be served. The other common definition–and what universal means in most other developed countries–is that every child can (and very nearly all do) enroll, just as children in the US do in first grade.

A further complication is that when states launch UPK, they often cannot simply enroll all children who might want to attend immediately. It takes some time to create capacity, and states vary in how quickly they increase enrollment. Perhaps more importantly, states that express the intent to enroll all children all too often lose the political will to do so before they reach that goal, and fail to increase funding to keep enrollment expanding until it serves all who wish to enroll. An added wrinkle is that states often provide funding that incentivizes school districts to offer UPK (directly or through private providers), but they do not require school districts to do so (though districts must accept all who wish to enroll if they do offer UPK). In such a situation, not every location in the state may make pre-K available.

State examples help clarify the variations in definition and intent to implement. At present, only in Vermont; Washington, DC; and Florida can pre-K be considered fully universal, in the sense that every child can enroll and virtually all do, though in Florida, Head Start offers such a superior service that many families choose that over the state’s pre-K program. Oklahoma offers UPK in all but a few districts. West Virginia has been in the process of expansion, but may have reached ‘universal’ in 2015. Enrollment in these states varies from 99 percent, to as low as 70 percent in West Virginia which is still expanding (Barnett, Carolan, Squires, Clarke Brown, & Horowitz, 2015).

Five states–Georgia, Illinois (Preschool for All), Iowa, New York, and Wisconsin have policies that they and others call UPK for 4-year-olds, but which fall short of allowing all children to be served. Wisconsin is the only state with a specific constitutional provision for 4K, and will fund school districts to serve all children but does not require all districts to participate. Although the policy is quite similar to that in Oklahoma, fewer districts participate and enrollment remains considerably lower at 66 percent. In Georgia, enrollment is limited by the amount of funding available year to year, and enrollment has plateaued at about 60 percent. Iowa similarly serves about 60 percent at age 4, but it is less clear why it does not continue to expand. In New York, limited funding restricted enrollment and continues to do so, though New York City’s push to enroll all children led to implementing long-delayed increases in state funding to allow for expansion. Enrollment in New York is expected to reach 50% percent in 2015. Illinois is the most egregious example of the gap between intent or ambition and implementation. Designed to serve all 3- and 4-year-olds, the program has never enrolled even a third of age-eligible children. Illinois prioritizes low-income families for services, and currently serves just 27 percent at age four and 19 percent at age three (Barnett et al., 2014)

Finally, two states have unique policies that could be considered UPK of a sort. In California, Transitional K (TK) serves children who turn five between September 2 and December 2 of the school year. As these children then attend kindergarten the following year, TK is effectively pre-K. TK is available to all children who meet the age cutoff. In New Jersey, a state Supreme Court order mandated universal pre-K in 31 high poverty districts serving about one-quarter of the state’s children. Within these districts the only eligibility criteria are residency and age–enrollment varies by district but ranges from 80 percent to 100 percent.

When evaluating policies, it is also important to understand that UPK programs vary in quality as well as actual enrollment. Schedules, standards, funding, and teaching practices vary widely across the “universal” programs described above. Some require as little as 10 hours per week. Others offer a full school day with before- and after-school care, potentially reaching 10 hours per day. Some leave virtually all policy choices and guidance up to the local school district or program. Florida requires little more than a high school diploma of teachers in school-year programs. Others, like New Jersey, set high standards that every classroom must meet, and provide extensive support and guidance. State funding ranges from $2,200 per child to $15,000 per child. Observations of teaching practices in statewide evaluations indicate that some programs are overwhelming good to excellent, while others are mostly poor to mediocre. States differ in their choices regarding how much to invest in quality versus quantity, though it is clear that there need not be a trade-off if states can muster sufficient political will (Minervino, 2014). Indeed, some have argued that programs that do not reach most of the population may have difficulty obtaining support for adequate quality (Barnett, 2011).