NIEER released the State of Preschool 2014 today. State pre-K programs may have turned a corner in 2013-2014, but progress remains slow. If pre-K is to be made available to even all children under 200 percent of the poverty level within the next 20 years, state investments will have to grow at a much faster pace. At the 2013-2014 growth rate it would take about 75 years for states to reach 50 percent enrollment at age 4 and 150 years to reach 70 percent enrollment. Even a return to the average rate of growth since 2001-2002 would leave the nation 25 years away from enrolling 50 percent of 4-year-olds in state funded pre-K. 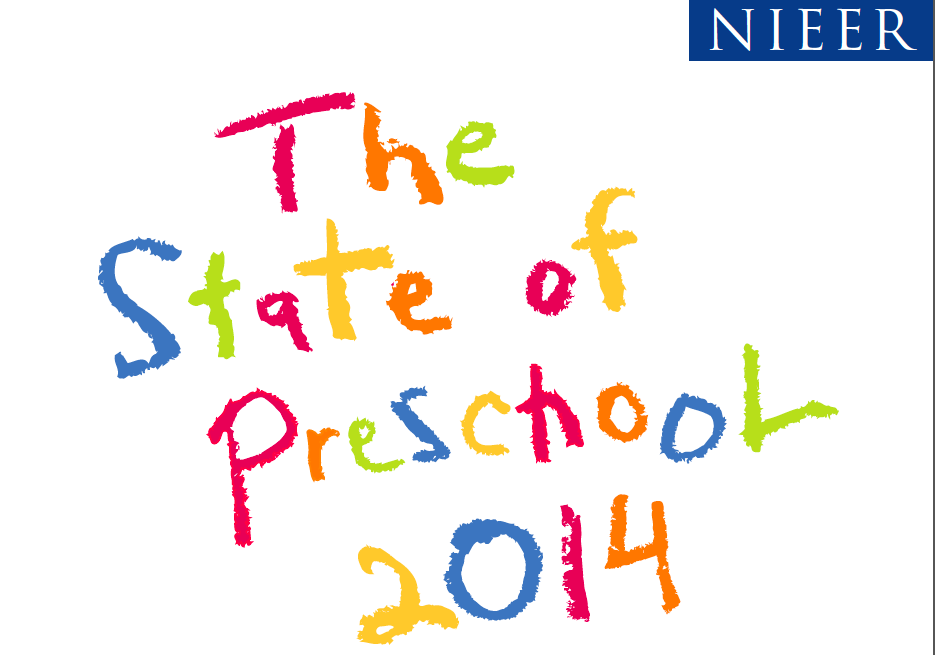 States should set goals to increase enrollment much more rapidly than has been the case in the past, while raising quality standards and providing funding at the level needed to support those standards. Every state is capable of delivering high quality pre-K to all 4-year-olds within 10 years, if they set high standards and commit adequate resources. Many states could reach this goal in less than 10 years.

Many states need to raise their quality standards for pre-K and implement policies to ensure continuous improvement. Without sufficient quality, programs will not fulfill their promise with respect to children’s learning and development or long-term economic returns. NIEER’s 10 benchmarks for quality standards are a starting place for state policy.

Particularly worrying is the number of states with inadequate requirements for preschool teacher preparation. A new Institute of Medicine and National Research Council report calls for all teachers of young children to have a four-year college degree and specialized training. States should create a timeline to ensure that all teachers in state-funded preschool programs obtain these qualifications and that their compensation is comparable to that for K-12 teachers with similar qualifications.

The federal government should offer financial incentives for states to set and achieve ambitious goals for enrollment, quality standards, and adequate funding.

When states do not adequately support high-quality pre-K, communities should act on their own as cities across the nation from New York to Seattle have already done.