Douglas H. Clements, preschool and kindergarten teacher, Kennedy Endowed Chair in Early Childhood Learning, Executive Director, Marsico Institute for Early Learning and Literacy, and one of the members of the Common Core work groups, responds (with assistance from Bill McCallum) on the issue of Math standards will be too challenging for young children.

Often, negative evaluations are based on an implicit acceptance of the view that all “fives” can and especially cannot do certain things. However, much of the mathematical thinking that some people say “cannot be done” until age 7 (or whatever) can be learned by children—most children—in high-quality environments. Further, children learn such thinking with understanding and joy—that’s developmentally appropriate. 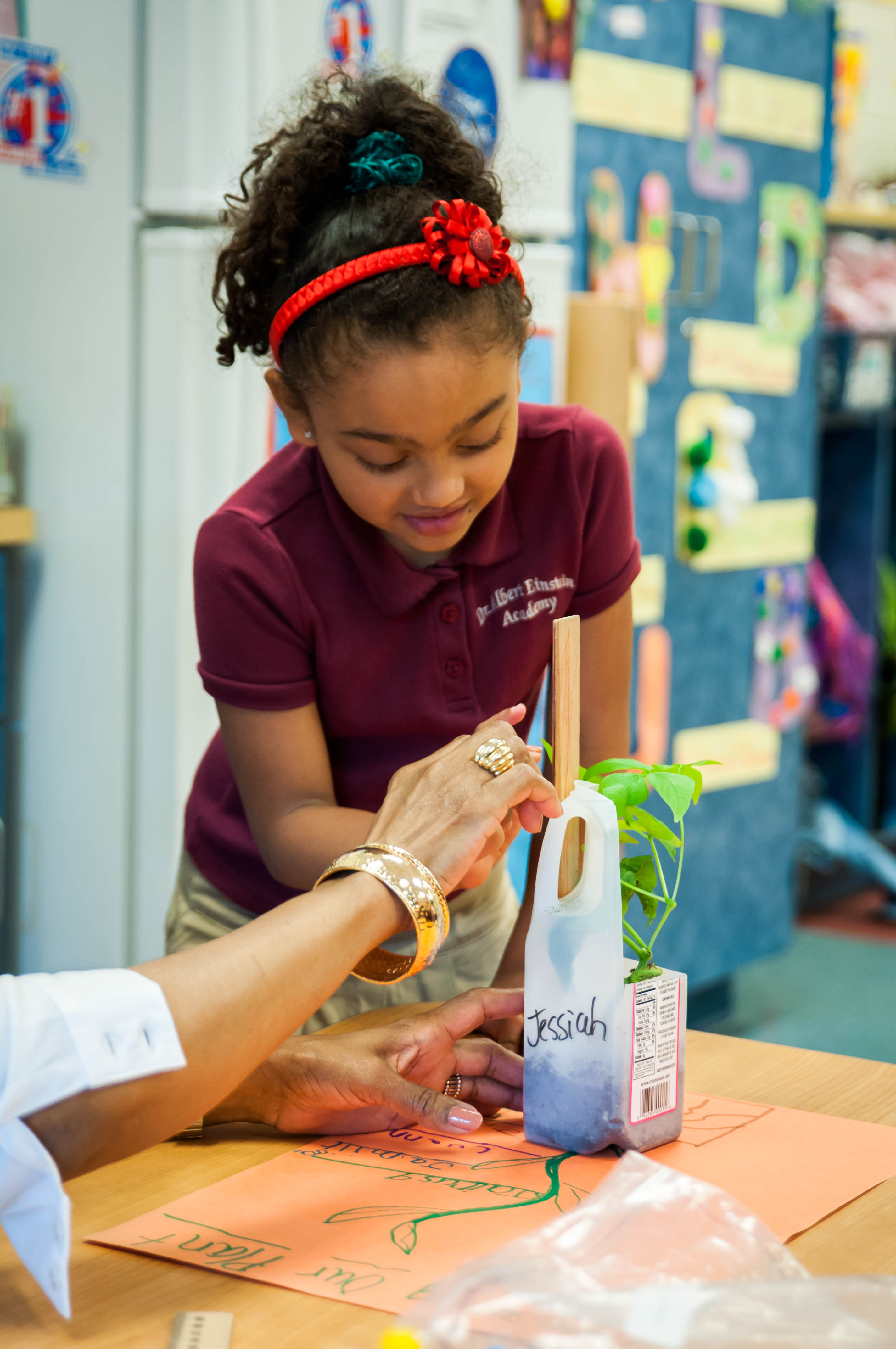 Let’s consider some concrete examples. One concern is that 5-6-year-olds are not “ready” to learn place value. Perhaps the phrase itself—“place value”—raises the issue. Close inspection, however, reveals little reason for worry. First, note that research has identified at least seven developmental levels of learning place value, from very early concepts of grouping to understand the exponential nature of number systems in multiple bases (Clements & Sarama, 2014; Fuson, Smith, & Lo Cicero, 1997; Fuson, Wearne, et al., 1997; Rogers, 2012). Examination of the CCSS-M shows that kindergarten children only need to “Work with numbers 11–19 to gain foundations for place value” (p. 12, emphasis added) and first graders “Understand that the two digits of a two-digit number represent amounts of tens and ones” such as knowing that “The numbers 10, 20, 30, 40, 50, 60, 70, 80, 90 refer to one, two, three, four, five, six, seven, eight, or nine tens (and 0 ones).” Those are challenging but (for vast majority of children) achievable understandings (did you notice how many times the CCSS-M’s goals involve “understanding”)?

Personally, I have many concrete experiences with preschoolers who, given high-quality learning experiences, successfully tackle these ideas and more (Clements & Sarama, 2007, 2008). And love doing it. In Boston, a mother said she wasn’t sure her preschooler could understand mathematical ideas until he told her, “Eleven. That’s just ten and one, isn’t it?”

Talking about the “levels” of place value brings up a two important points. First, when educators use such levels—organized in a learning trajectory—to engage all children in meaningful mathematics at the right level for each—developmental appropriateness is ensured. Second, the Common Core was developed by first writing learning trajectories—at least the developmental progressions of levels of thinking. (Criticisms that the CCSS-M were “top-down,” starting with high school, e.g., Meisels, 2011, are simply incorrect.) Thus, learning trajectories are at the core of the Common Core.

Let’s take another example: arithmetic problems. Missing addend problems are a first grade standard. Some argue that tasks such as “fill in the blank: 3 + _ = 5” are cognitively out of range for children until, say, 2nd or 3rd grade. Some students may stumble if, unprepared, they are given such tasks in that form. However, most 4- to 5-year-olds in high-quality environments, when asked, “Give me 5 cubes. OK, now watch, I’m going to hide some! [Hides 2 in one hand, then shows the 3 in the other hand.] How many am I hiding?” will eagerly answer, “Two!” Format and interaction matter. So does working through research-based learning in counting and especially conceptual subitizing—quickly recognizing parts and wholes of small numbers (Clements, 1999).

The CCSS-M can help teachers with such work. Historically, most word problem types in U.S. textbooks have been simple one-step problem types. Other countries’ children are solving many types, including more complex two-step problems (Stigler, Fuson, Ham, & Kim, 1986). Further, given the opportunity, young U.S. children can solve a wide range of problems, even beyond the CCSS-M, such multiplication and division problems with remainders (Carpenter, Ansell, Franke, Fennema, & Weisbeck, 1993). 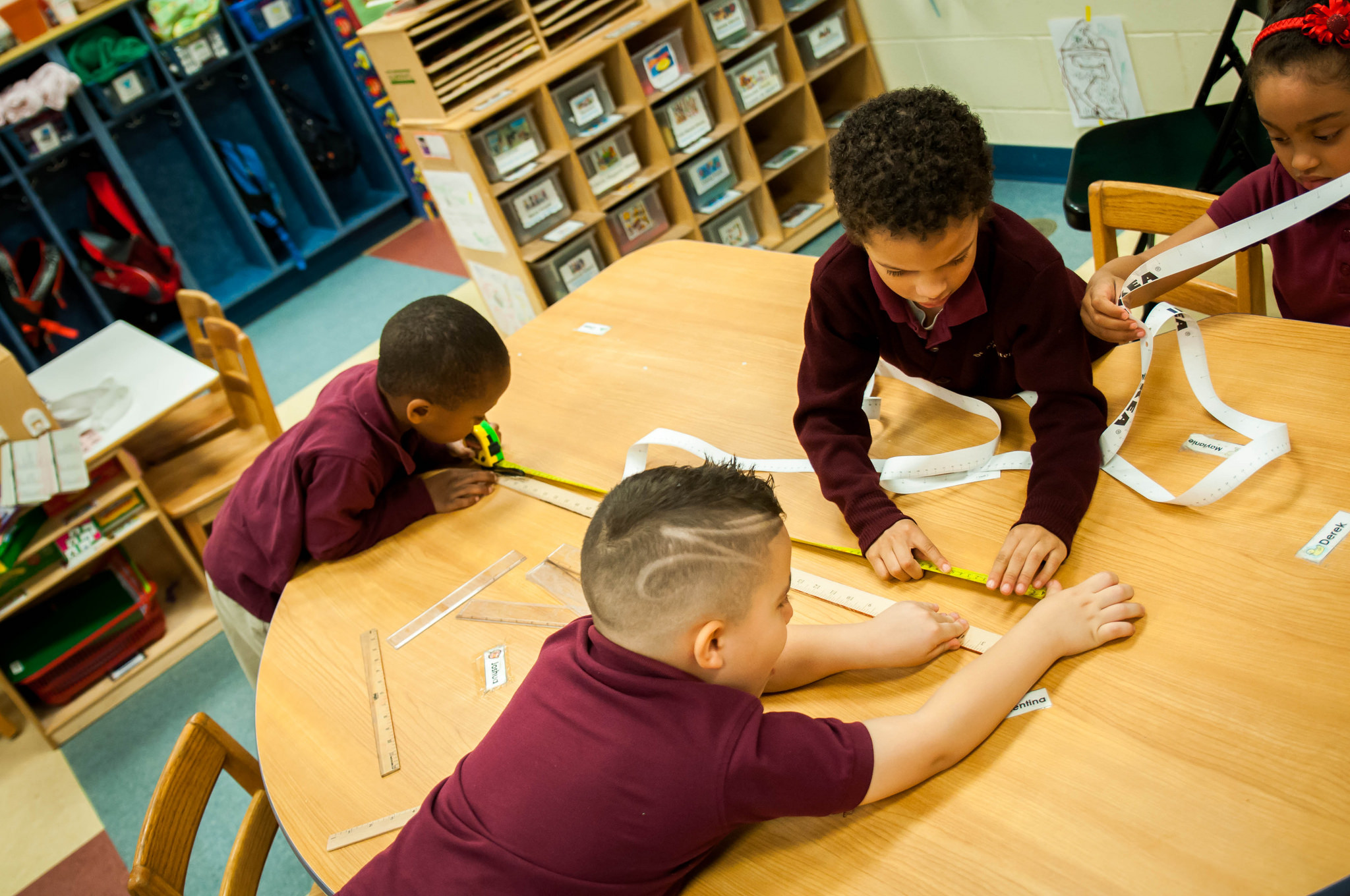 One might still argue that the CCSS-M goals are inappropriate for some group of children. But this will be true of any set of standards that pose a worthwhile challenge to them. And our children deserve that challenge. Based on learning trajectories, teachers should always be working on the challenging-but-achievable levels for their class and for the individuals in it. But that does not mean we allow children starting at lower levels to stay behind others. That would relegate them to a trajectory of failure (see Vincent Costanza’s blog). Instead, we should work together to help them build up their mathematical foundations. And given this support, they do.

So, the concern of “developmental inappropriateness” is a misunderstanding. There are others.

Do we think everything is perfect? Of course not. Not even the content of the CCSS-M is (or ever will be) perfect. But only further implementation and study will give us an improved set of standards. Further, we wish that organizations would implement carefully and slowly, building up (from pre-K) and supporting all teachers and other educators in learning about, working on, and evaluating the CCSS-M. Schools that have done that report success, with teachers amazed by what their students can do (Kelleher, 2014). Appreciating what their children are learning means they not only stick with it, but they also improve every year (Clements, Sarama, Wolfe, & Spitler, 2014). We wish curriculum, and especially high-stakes assessments, would be carefully piloted with extensive research on outcomes, including unanticipated outcomes, before they are accepted and more widely disseminated (Julie Sarama & Clements, 2015) (or rejected and not used). We wish more educators would realize what’s truly developmentally inappropriate is present-day kindergarten curricula that “teach” children what they already know (Engel, Claessens, & Finch, 2013).

But we do think that too many find it easier to dramatically warn of all that could go wrong working with the Common Core (“Students will be pressured!” “There are not CC curricula yet!” “The kids will fail!”). Too few take the more difficult road of building positive solutions. Let’s stop biting the finger, and look where it’s pointing.