Plus ça change..
Yesterday’s Hot Topics continue to be on the policy agenda. Take a look at how they got started and stay with NIEER Weekly as we follow developments in 2017.

January: EdCentral proposed six ideas for what candidates should be talking about in 2016. Pre-K and Child Care Access and Quality tops that list. In the State of the Union address, President Obama said he’ll continue to promote access to UPK.

February: NIEER Director Steve Barnett’s post with EdCentral on the State of Preschool Yearbook Benchmarks noted that “the benchmarks represent minimal standards to support quality. In conjunction with other policies and adequate funding they are evidence of a state’s commitment to quality, and some states can be justifiably proud of meeting all of the benchmarks together with other policies that support quality including adequate funding, but the benchmarks do not indicate high quality on their own.” NIEER states that benchmarks will change for the 2015-16 survey to reflect new research and the evolution of state pre-K. Stay tuned: new benchmarks are in effect for our next State of Preschool Yearbook.

March: The US Department of Education proposed a new rule under the Individuals with Disabilities Education Act (IDEA) providing a uniform method to be used by states and LEAs to assess disproportionality by race and ethnicity in (a) special education identification and placement, and (b) disciplinary actions including suspension and expulsion.

April: A new study from the Economic Policy Institute (EPI) entitled “It’s time for an ambitious national investment in America’s children” concluded that “Investments in early childhood care and education would have enormous benefits for children, families, society, and the economy.”  The cost of child care is a significant burden for many families and became an issue in the Presidential campaign.

May: NIEER released the 2015 State Preschool Yearbook with Mayor de Blasio and others at an exemplary early childhood center in Harlem that could be a model for the country. Video footage is available here. For a quick look at the implications for policy, NIEER Director Steve Barnett provides his views in a blog for the Washington Post here.

June: USDOE Office for Civil Rights released a new report relating to equity and opportunity that includes information on suspension and expulsion from public school preschool. Black children are disproportionately reported to be suspended and expelled from preschool.

July: NIEER research was featured prominently in The Hechinger Report article titled “What do we invest in the country’s youngest? Little to nothing.” The Hechinger data shows how well each state fares in terms of 15 “essential elements.” The NIEER research, conducted for the Bill and Melinda Gates Foundation, evaluates individual programs in 41 states (some states such as New Jersey include more than one program) and several cities with respect to 15 “essential elements” found to characterize high-quality pre-K implemented at scale. The evaluation applies to programs as of June 30, 2016.

August: More than 50 years after President Lyndon B. Johnson launched the first national preschool program, policymakers continue debating how best to help low-income children enter school healthy and ready to learn—and how much to invest. The Hechinger Report writer Lillian Mongeau explored the legacy of Head Start in “The Never-Ending Struggle to Improve Head Start.“ Critics charge the program fails to meet its goals, while supporters counter that it has produced important long-term gains for the children and families served while shortcomings can be traced to a lack of resources.

September: The US Department of Health and Human Services released the most sweeping changes in Head Start regulations seen in decades: expanding more programs to a full-day, school-year dosage, and enhancing services for children with disabilities and who are dual language learners, for example.

October: US educators began grappling with incorporating preschool as part of their birth-to-third grade continuum under the new Every Student Succeeds Act (ESSA). ESSA: Early Childhood Requirements and Opportunities reviews ESSA from an early learning perspective, bringing together in one place the sections of the law that explicitly reference early learning along with provisions in the law that, while not explicitly addressing early learning, may have implications and/or provide opportunities for furthering access to high-quality early childhood experiences.

November: Curiosity remains about implications for young children of the nominations of Betsy DeVos as Education Secretary and Rep. Tom Price, R-GA. as Secretary of the Department of Health and Human Services. Federal Flash examines education proposals and how a new president could impact implementation of the Every Student Succeeds Act and staffing at the U.S. Department of Education.

December: In State(s) of Head Start, NIEER for the first time analyzed Head Start program data from all 50 states and six territories and found that access, funding per child, teacher education, quality of teaching, and duration of services all vary widely by state.

Early School Readiness: Indicators on Children and Youth looks at parent reports of children’s competence in four cognitive and early literacy school readiness skills: (1) recognizing all letters, (2) counting to 20 or higher, (3) writing his or her name, and (4) reading words in books. Children ages three to six who are not yet in kindergarten are included in the analysis.

A new Issue Brief from the US Council of Economic Advisers cites commentary by NIEER Director W. Steven Barnett as it examines our nation’s public investments in children, concluding that current public policies invest the least in children during the same phase of life when families are least able to make private investment.

“Investments in children today lead to higher earnings and better health and wellness in the longer run. In addition, these investments benefit our economy by expanding our skilled workforce and increasing productivity,” according to The Disconnect between Resources and Needs when Investing in Children. “Society also reaps the benefits of a better educated, higher-earning, and healthier population in the future—including lower transfer payments, reduced crime, lower health care costs, and an expanded tax base. However, families, and especially those with the youngest children and the lowest earning power, face challenging trade-offs when choosing how to finance investments in their children’s care and education.”

ICYMI here are some notable research reports and resources published in 2016.

The present study examined the impacts of the Boston Public prekindergarten program—which combined proven language, literacy, and mathematics curricula with coaching—on the language, literacy, mathematics, executive function, and emotional skills of young children with special needs (N = 242). Children with special needs benefited from the program in all examined domains. Effects were on par with or surpassed those of their typically developing peers. Results are discussed in the context of their relevance for policy, practice, and theory.

Variation in Impacts of Tulsa Pre-K on Cognitive Development in Kindergarten: The Role of Instructional Support
The study examines the Tulsa Public School pre-K program’s impacts on children’s letter-word identification, spelling, and applied problem-solving skills at kindergarten entry. Findings reveal substantial across-school variation in treatment impacts, associated with variation in instructional support. Results are robust to sensitivity checks and are discussed alongside implications for policy and future research. 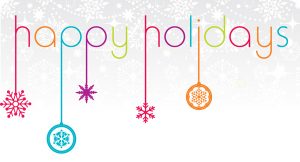 Everyone at NIEER wishes you the best this holiday and into the new year. We appreciate your ongoing interest in our work and look forward to partnering with you to improve access to quality early learning opportunities for all children.

We invite you to share comments, ideas for Hot Topics, resources and Preschool Matters blog posts with us.

A charitable donation to NIEER’s Right from the Start Fund supports evidence-based, hands-on research to inform policymakers and the public about benefits of providing quality early education for all children—sooner rather than later.

January 26—The Dual Language Learners Forum, will be hosted by Early Edge, in partnership with First 5 Fresno County in Fresno, CA, a focal point for innovative work in improving early learning opportunities for DLLs.

February 1, 2017—Interactive event aimed at navigating the challenges of the Every Student Succeeds Act rollout. Education Week journalists and other invited experts will answer your questions on testing and assessments, non-academic factors in weighing school quality, federal regulation and oversight, teacher professional development, states’ capacity role in stakeholder engagement, and whatever else you need to know. Click here for more information.


Early Education in the News