Looking back over 2015, it’s been a year packed with action around early childhood education at NIEER, in the states, and across the country. 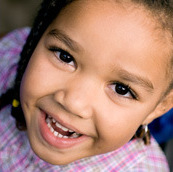 US News wrote here about their 5 biggest stories in early education, including the expansion of NYC UPK (we addressed that early, here); the release of Vanderbilt’s study of TN pre-K (which we also mentioned and discussed); an overhaul of Head Start performance standards; calls for transforming the early childhood workforce; and an increased national awareness of the need for parental leave.

In January, child care was highlighted in the State of the Union address, in February we reviewed that and the federal budget implications for pre-K. The Common Core State Standards were in the news often this year; NIEER provided clarity with expert help in a comprehensive blog forum.

This summer, experts wrote for us about leadership in early education. As Presidential campaigns revved up, early childhood issues were front and center in the mix of topics important to candidates and the public, for a while.

Throughout the year, people have been paying increased attention to the importance of the early childhood workforce; see our 2015 favorites blog post list below for some more highlights on that.

In November, Congress reauthorized CCDBG; CLASP covers that here. Even more recently, we’ve seen the Every Student Succeeds Act (ESSA) passed (see some useful links on that courtesy of NAECS-SDE in this week’s newsletter), and increased funding for some early childhood programs proposed this week.

ICYMI, we are currently counting down our most-viewed blog posts of 2015 on Twitter (@PreschoolToday). Here’s a summary of greatest hits. Note that some of our most-viewed are not from 2015, but cover issues of enduring interest: Children, poverty, and preschool; The highly qualified workforce early education needs and deserves; and Children and technology.

From 2015, the following were popular:

We look forward to sharing much more coverage of important early childhood issues in 2016.