In the past week I have seen many more attacks directed against Pre-K for All than I have in some time. This signals the start of the state budget season as surely as drumming woodpeckers and noisy peepers signal the arrival of spring. What I find surprising is how many preschool policy peepers promote misinformation based on research that is flawed or simply misused. 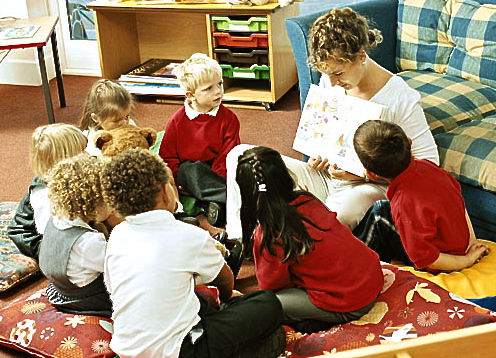 Good government requires good information, and that seems to be in short supply this budget season. Generally, the peepers protest that if everyone gets good preschool, achievement gaps will widen and public money will be wasted, because children from middle-income families do not benefit from preschool. I don’t know which is worse, the obvious logical contradiction or that the studies they cite to support these claims either include only children in poverty or find exactly the opposite–that children from middle-income families gain from high-quality pre-K though usually not as much as children in poverty. New York City in particular has suffered a sudden onslaught of misinformation that coincided with the Mayor’s budget presentation in Albany.

The Mayor’s new budget was greeted with accusations from a just-released report that the first year of the Pre-K for All expansion tilted the playing field in favor of children in wealthy neighborhoods. That claim is patently false. Nearly two-thirds of free, full-day Pre-K for All seats are in neighborhoods below the City’s median income. In just one year of Pre-K for All, New York City increased provision of pre-K seats in neighborhoods in the two lowest-income quintiles to 2.5 times the previous level. In other words, the Mayor’s initiative added more new places for children in low-income communities in one year than New York City had managed to add in the entire previous decade. The straight-up facts: Pre-K for all added 20,500 pre-K places in lower-income zip codes; 6,200 pre-K places in neighborhoods around the median; and another 6,800 in higher-income zip codes.

The same report put forward a survey as evidence that new Pre-K for All seats often just replaced existing places in preschools that did not receive Pre-K for All funds, through “wasteful competition.” Competition that increases choice and raises the bar for quality across early care and education in NYC is hardly wasteful. However, the survey provides no basis for any firm conclusions. Of the 264 providers who did not receive Pre-K for All funds contacted for the survey, less than 40 percent responded. The responses that were obtained appear to be “guesstimates,” rather than data from records, and counted programs as losing seats even when they had waiting lists from which to draw “replacements.” Extrapolation from these questionable figures to “lost seats” just doesn’t make sense.

More troubling than these manufactured problems with Pre-K for All is the proposed solution: to restrict publicly funded pre-K based on family income. This would paradoxically entrench disparities in early learning in the City. Whether or not one believes that every child deserves the option to attend a free, high-quality, full-day pre-K, who believes that separate means equal? Separate is not equal, it’s disparate.

Pre-K is a time for children to explore, create, learn, and socialize with other children and adults, as they build a foundation of skills and knowledge needed for school and life. Exposure to peers from different socioeconomic backgrounds is valuable to a child’s development, and to restrict pre-K access based on income undermines the goal of a fair and equitable education system that reflects the diversity of our cities, states, and nation.

Mayor de Blasio has led a historic expansion of pre-K in New York City, and has made it clear that he believes every 4-year-old, in every neighborhood, deserves to attend free, full-day, high-quality, pre-K. I agree. Others may have values that lead them to different conclusions, but everyone should be informed by accurate information. The orchestrated disinformation campaign to sow dissension, curtail funding, and damage the reputation of an effort that has not completed its first year, indicates that policy makers in New York and elsewhere will need to invest in good evaluations, not just to inform continuous improvement, but also policy making more generally. With a rigorous evaluation planned from the start, New York City results could inform policy decisions in other cities and states around the country. This does not mean a rush to judgment regarding impacts on children in year 1. As Don Campbell advised, summative evaluation of ultimate impacts should wait until a program is “proud.” We should evaluate progress along the way, however. New York City seems to have cleared the first hurdle with room to spare, the preschool peepers’ protests notwithstanding.