This year’s report found states still struggling to recover from the economic downturn that did so much damage to preschool programs in the previous year. As Barnett noted, “Our nation has emerged from the recession, but preschool-age children are being left to suffer its effects. A year ago, our data showed a half-billion-dollar cut in funding for state pre-K and stalled enrollment. For 2012-2013, we find that enrollment is down and funding per child, while up slightly, remains stalled at near-historic lows.”

Particularly of concern, the report found that:

Dugger, whose organization supports the business case for early childhood education, put the report’s findings in context to America’s economic future. “The most important product the American economy produces are ready-for-life 18-year-olds,” he said. “The US cannot retain organic growth….unless it invests in its children in the early years.” 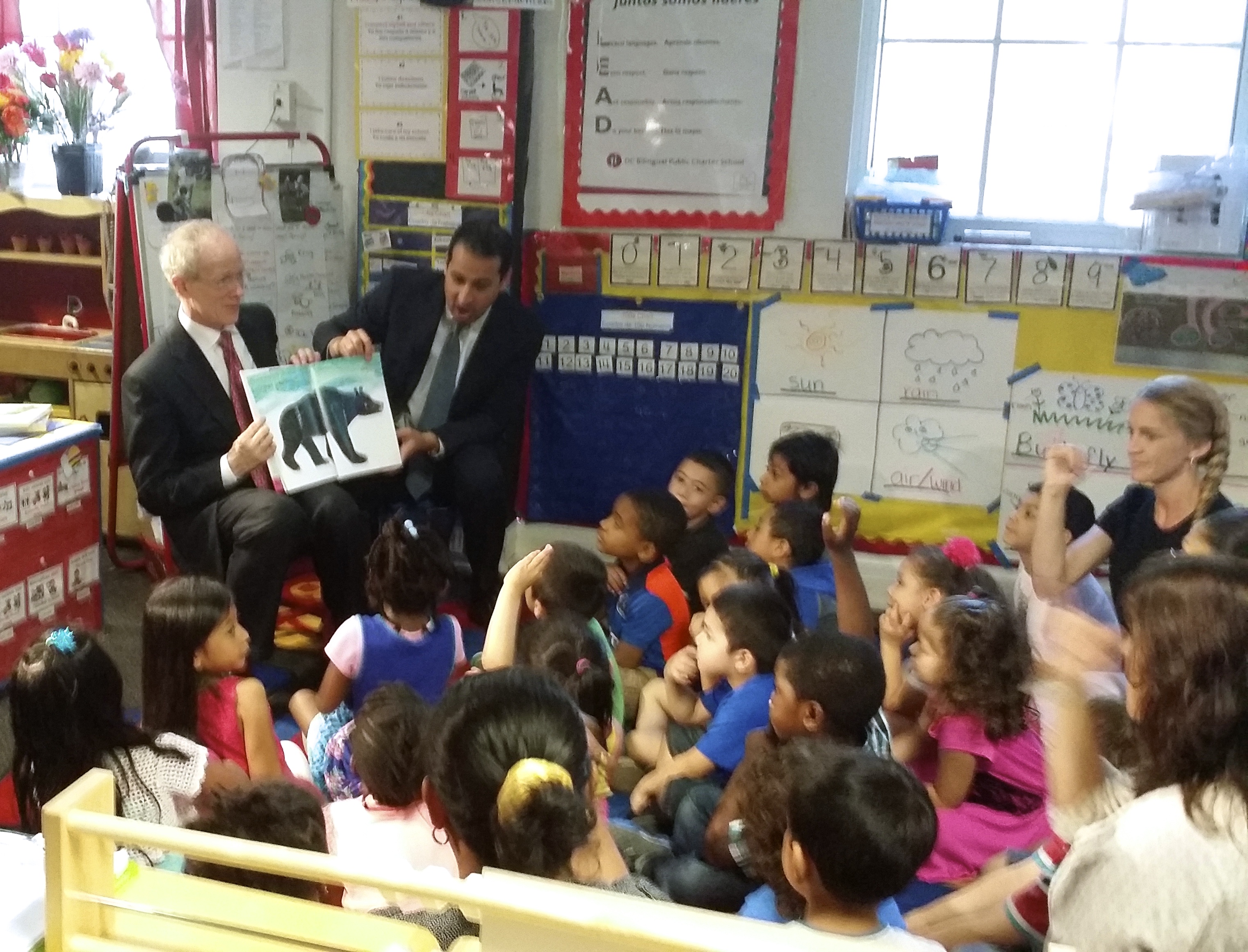 Rodriguez, of the Domestic Policy Council, highlighted federal/state partnership efforts underway, including $250 million for preschool development grants as well as $500 million to build Early Head Start/Child Care partnerships. He called increased investment in early childhood education “one of the most important things we can do as a country,” and called on governors, mayors, philanthropists, and policymakers to work together to prioritize this investment.

The report covers the most recently completed school year, 2012-2013. Trends may be looking up since then. Many states have recently made pre-K a priority in the time since that school year ended, with new initiatives passing in Connecticut, Maine, and Vermont, just this month and a doubling of state pre-K investment in Alabama over the last two years. New York provides a particular model for state-local collaboration, as leaders at all levels of government came together to prioritize early learning. These stories are a cause for optimism, and action: “If ever there were a time for leaders at the local, state, and national levels to unite in their efforts to provide high-quality preschool education to our next generation, this is it,” Barnett said.

Arne Duncan, U.S. Secretary of Education, called for just such participation on a media call discussing the Yearbook. “We just need Congress to catch up and pay attention to what is happening in the real world,” he said. Duncan added:

“Today, nationally, as the NIEER Yearbook shows, fewer than 30 percent of 4-year-olds are enrolled in state-funded preschool programs, and 10 states still do not offer it at all. Sadly, we’re 25th among industrialized countries in enrollment of 4-year-olds in early learning. If we’re going to lead in the global economy, we must do better – in countries like Germany and Japan, more than 95 percent of 4-year olds are enrolled in early childhood education. Quality early education can be a game-changer for the kids who need the most support.  It’s good for them and their families, and for our country’s long-term economic success.  Ultimately, it’s an investment in our collective future.”

The full Yearbook report can be found at here, along with state-specific information pages. Join the conversation on Twitter by tweeting @PreschoolToday and using the hashtag #YB2013.

[1] For the sake of comparison, the District of Columbia will be referred to as a “state” throughout this report. Hence, a total of 41 states provide state-funded pre-K.