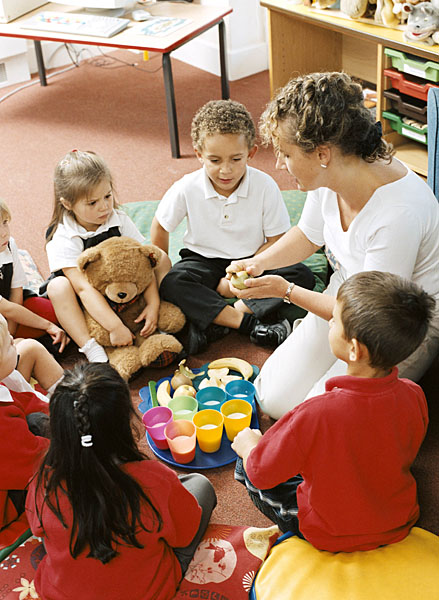 The Harkin-Miller-Hanna proposal, the Strong Start for America’s Children Act, is intended to strengthen and add to the existing state-funded programs currently provided by 40 states and the District of Columbia, using the foundation of the framework outlined by President Obama in his 2013 State of the Union Address.

“The bill recognizes that every child needs a good early education and calls for quality by offering states incentives to take the lead rather than imposing mandates,” says Steve Barnett, Director of the National Institute for Early Education Research. “The bill seeks to enable every state to do what the best state programs already do for their children.”

The 10-year implementation bill would  “fund preschool for 4-year old children from families earning below 200% of the Federal Poverty Level (FPL), and encourage states to spend their own funds to support preschool for young children with family incomes above that income level.”

It includes “a new federal-state partnership with formula funding for 4-year old preschool, with a state match, to all eligible states, based on each state’s proportion of 4-year olds under 200% of the FPL. States would provide subgrants to high-quality, local providers, including local educational agencies (LEAs) and community-based providers (such as child care and Head Start programs) that have partnerships with LEAs.”

There is an Early Head Start partnership proposed as well, to focus on providing services to infants and toddlers.

The proposal highlights critical elements of quality for birth-to-five programs, including several that NIEER has highlighted as essential for a federal program, requiring, among other things:

The proposal is comprehensive, in encouraging alignment of early learning standards with K-12 standards and ensuring that standards cover all domains of readiness; that data from preschool are linked to K-12 data; and that state-funded kindergarten is provided. Links to encourage seamless provision of services to children from birth through five are also included.

Programs are asked to address the needs of children who are homeless, migrant, in foster care, needing reduced-price or free lunch, English language learners, or with disabilities.

In a recent column, Nicholas Kristoff of the New York Times highlighted Oklahoma’s preschool program as an example of how states could provide quality preschool, along the lines of what’s included in the Harkin-Miller-Hannah proposal. He cites bipartisan support for that program:

It’s promising that here in Oklahoma, early education isn’t seen as a Republican or Democratic initiative. It is simply considered an experiment that works. After all, why should we squander human capacity and perpetuate social problems as happens when we don’t reach these kids in time?

“This isn’t a liberal issue,” said Skip Steele, a Republican who is a Tulsa City Council member and strong supporter of early education. “This is investing in our kids, in our future. It’s a no-brainer.”

Results of the Oklahoma program have been evaluated by NIEER and others, providing encouraging reasons to support this proposal. Preschool has increasingly taken a place in the national political spotlight, factoring in several major elections earlier this month. The introduction of this bill has the potential to spur major conversations and move pre-K further up the education agenda. Assisting states in providing universal access to comprehensive programs for children from birth to 5, can provide a powerful opportunity for positive outcomes and success for children throughout their school years.