As Alice tumbles down the rabbit hole in children’s classic Alice’s Adventures in Wonderland, she grabs at a jar of orange marmalade and, having no place to put it when she is done, watches it fall. With the touch of a fingertip, a child reading pulls the jar of orange marmalade back to the top of the page and lets it plummet back down again. The child can also dangle the white rabbit’s pocket watch, stretch Alice taller when she partakes from the bottle labeled “Drink Me,” and so on. This is the Alice app for Apple’s iPad tablet, hailed as a new kind of pop-up book for young readers, that enables children to manipulate images to encourage interactive reading. It’s only one of countless apps designed for children, including numerous ones that appear to have the preschool-age audience in mind. 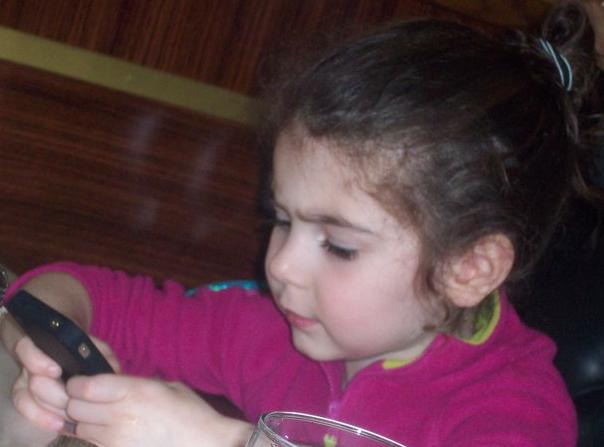 Apps for smart phones and tablets are just the latest digital media to offer up entertainment for children. They compete for screen time with television, the Internet, and computer and video games. And there is no shortage of technology-based toys, including pretend cell phones and laptops for infants and toddlers and even functioning digital cameras for preschoolers.

But is all this technology appropriate for the youngest children?

Organizations that study the effects of technology on children are hard-pressed to keep on top of the rapid updates that occur on a seemingly daily basis. Some are finding the need to re-evaluate previous positions on the subject. For instance, earlier this year, the National Association for the Education of Young Children (NAEYC) and the Fred Rogers Center for Early Learning and Children’s Media posted a draft revision of the NAEYC position statement, Technology and Young Children—Ages 3 to 8, which has not been updated since 1996. After reviewing public comments on the draft, the two organizations will update the position statement, re-name it Technology in Early Childhood Programs Serving Children from Birth through Age 8, and release it in the fall of 2011.

As it is currently drafted, the new statement begins by affirming that digital media and technology can be viewed as “learning tools that, when used in intentional and developmentally appropriate ways and in conjunction with other traditional tools and materials, can support the development and learning of young children.” This is not a surprising conclusion, especially noting how frequently digital media tools mimic typical childhood activities. For instance, children can turn the pages of a picture book on an e-reader, use a stylus to color and draw on a tablet, and play electronic versions of card and board games on smart phones.

(It should be noted that the two organizations view only interactive digital tools in this manner—more rigid and static media, such as television, does not hold any potential in their opinion. Low-quality day care centers, recently found in a study to be placing children in front of TV screens on average four times per month, should be put on notice.)

NAEYC and the Fred Rogers Center’s position statement goes on to provide guidelines for selecting and using appropriate technology-based and digital media applications for classroom use. The two organizations are not alone in promoting digital media literacy – among others, PBS provides suggestions for teachers on how to use a variety of technology-based tools in pre-K through high school classrooms. And it’s not just teachers that are being encouraged to engage with children as they interact with technology and digital media. Organizations such as the Mayo Clinic, the Joan Ganz Cooney Center at Sesame Workshop, and even the television station WETA encourage parents to make television viewing and video game playing into interactive family events; to talk to and ask questions about what children watch and play with; and to play alongside children with mobile apps to facilitate learning and communication.

These suggestions seem to acknowledge that technology is a pervasive fact of modern life; indeed ABC News last month reported on a study indicating that 75 percent of mothers allow their children to play with smart phones. And, the news program noted, schools are purchasing tablets for children in kindergarten.

Some, however, are not convinced that there is any benefit to allowing children to play with technology. The American Academy of Pediatrics continues to recommend that children age 2 and under have no screen time at all and older children be exposed to no more than one or two hours of screen time per day. These recommendations seem valid considering that numerous studies (although generally focusing on non-interactive TV viewing) point to a link between increased screen time and negative consequences including attention deficit, behavioral problems, higher psychological difficulty scores, less physical activity, obesity, irregular sleeping patterns, impaired academic performance, violence, and less time for active and imaginative play.

It is this last point that is of particular concern to early childhood educators when planning classroom activities and dovetails with the question of whether children should engage in play with technology-based tools or be left to their own devices for creative play. As noted above, some technological tools available do appear to be mimicking traditional childhood activities such as coloring, reading, and game-playing so the choice may becoming less of an either-or situation. But in general, technology-based tools tend toward adult-scripted, rule-based activities versus child-directed, unstructured play. And the latter has been found to be incredibly influential in children’s healthy development. Among the benefits of this kind of play are learning self-control and how to plan ahead, becoming problem-solvers, and working out emotional and social issues such as anxiety and sharing.

Indeed, NIEER has long looked at child-directed, imaginative play as a means for young children to learn both intellectually and socially. We are not alone in this approach – the books A Child’s Work: The Importance of Fantasy Play and A Mandate for Playful Learning in Preschool: Presenting the Evidence provide anecdotal and research evidence to back up the power of play and its potential in early childhood education classrooms. 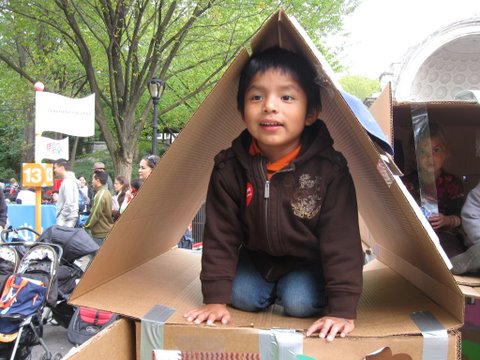 Imaginative, creative play was brought to the forefront of the public’s mind this fall with the Ultimate Block Party, an event that stressed the importance of play in a day-long festival of child-friendly activities. Play will also be receiving academic treatment in 2012 when Routledge begins publishing the International Journal of Play, a multidisciplinary effort to examine all aspects of play across the globe.

These are encouraging developments and suggest that some have been heeding the words of psychologist Carl Jung, “Without this playing with fantasy no creative work has ever yet come to birth. The debt we owe to the play of the imagination is incalculable.” Even with a boundless supply of new technological toys for children, we should provide children with plenty of time to explore their own creativity through imaginative, child-directed play for future innovations in technology and beyond.