How Early Education Can Support Our Military 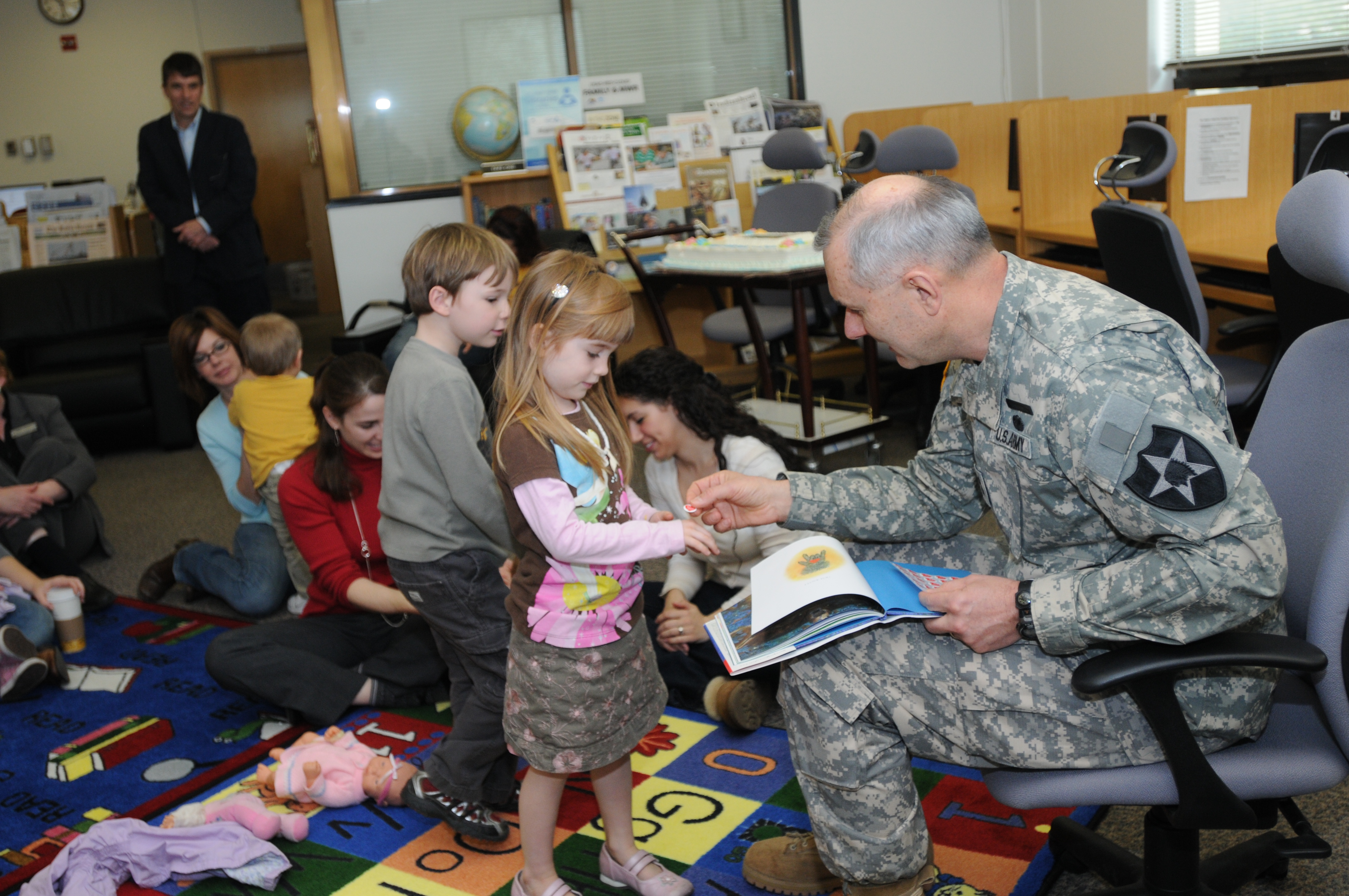 As Memorial Day approaches and Americans collectively prepare for the start of summer it is easy to lose track of the purpose of this day — to honor and remember those Americans in uniform who have died in the service of their country. Unfortunately, recent reports indicate that the American education system may be doing too little to honor their sacrifice by failing to adequately prepare the next generation of men and women in the U.S. Armed Forces. The military relies on a well-trained force of capable individuals who must meet certain requirements to enter the service. However, a combination of low educational attainment, health concerns, and criminal convictions disqualifies a large number of young adults who wish to enter the service.

A recent study pegs the percentage of men and women between the ages of 18 and 24 who are unqualified for military service at 90 percent in Pittsburgh, Pennsylvania. Statistics released by the Pentagon indicate this figure is 75 percent nationwide. Secretary of Education Arne Duncan has responded to these startling figures by calling for changes in the Elementary and Secondary Education Act (ESEA) that allow for increased local flexibility and federal incentives to invest in early childhood education. While early education is not the expected response to an armed forces problem, Secretary Duncan is not alone in making the connection between kindergarten preparedness and military preparedness.

The organization Mission: Readiness, working with a coalition of 200 retired military officers, has issued research on the military preparedness (or lack thereof) in each state and concluded that the best intervention is an early one — early childhood education programs that help prepare at-risk students for school so as to help avoid a number of disqualifying problems by the time children are 18. While military brass and preschool students may seem an unlikely partnership to some, it is one that is gaining steam as pre-K programs prove their worth during tough budget times. To find out more about Mission: Readiness, read the Preschool Matters interview with Lieutenant General Norman Seip of this organization.

Meanwhile, a report from the Pew Center on the States also shows that child care and pre-K programs are an important issue for current active duty and reserve military personnel and their families. While the American Recovery and Reinvestment Act (ARRA) allotted $240 million for additional child development centers on military bases, families often lack access to quality child care and preschool programs on bases or in their areas. As indicated in Figure 1 below, Pew found that child care was a critical daily need for military families, more pressing even than health care services. That need only increased further when a service member deployed. 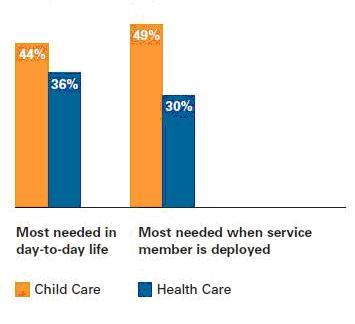 Source: The Pew Center on the States. (2011). On the home front: Early care and education a top priority for military families.

States could do more to help. The State of Preschool 2010 found that only 12 state-funded programs out of the 54 included in the study require or allow program administrators to make eligibility decisions based on a child’s parent being on active military duty. Young children’s development may particularly be affected by the frequent moves common to military families. Yet the combined resources of military child care and state-funded pre-K fail to adequately provide early education services for these children to aid in their healthy development.

Increased funding for state-funded preschool education programs can expand access and improve quality for those children whose parents currently serve in the military while also improving life outcomes for those who may enlist in the future. In the 2009-2010 school year, both total state funding and per-child spending nationwide fell for these programs, representing a step back for young learners. Combining state, federal, and local sources, $6.2 billion was spent on pre-K programs for the 1,283,890 3- and 4-year-olds enrolled. NIEER estimates that an additional $7.5 billion could expand access to quality pre-K to fully cover the 40 percent of children estimated to start school unready to succeed. Representing only slightly more than 1 percent of the $670.9 billion budget requested by the Department of Defense for fiscal year 2012, this is a small price to pay for improving military readiness in years to come while supporting families of our active duty service members.

Indeed, an April report released by two senior members of the Joint Chiefs of Staff argue that America is currently channeling too much funding to military operations at the expense of human capital investments that make for a strong military and civil workforce in the future. Investing in pre-K could help strike a balance. As General Seip told NIEER, “It just pains me to think that there are so many young people out there, for whom the job and the service would mean so much — for whom it’s a ticket to the middle class and the American dream — who do not have the skills or the training to qualify.”

So this Memorial Day when you honor the heroic deeds of service members past and present, also take a moment to consider the armed forces in years to come. Are our future heroes getting the education they deserve?